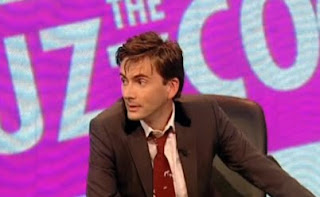 Well, I'm exhausted. Just a really quick blog post to tell you about my night! If ever there was a time that I have laughed more than I did in the last half hour, I don't know when that time would be. I sat through the most dire Royal Variety Performance in years, because there was bugger all else on, waiting patiently for the Never Mind The Buzzcocks Doctor Who Special. And you know what? I'd wait another ten years for it if you made me. THAT. WAS. HILARIOUS! Without doubt the funniest episode of Bizzcocks since Amstel left. The line-up was as follows; Tennant hosting, Cribbins and Tate joining Jupitus, Fielding, Cullum and Whiley on the teams. I don't know why I'm talking like a Guy Richie character. Sorry... But yes!!! Buzzcocks! Bernard Cribbins was the stand out for me. The man is almost dead for Christ's sake and he's still as sharp as Tennant's nose. Throwing in - not only a double helping of witty comebacks - but a impromptu rendition of Right Said Fred (not the Richard O'Brien lookalike gayband)... 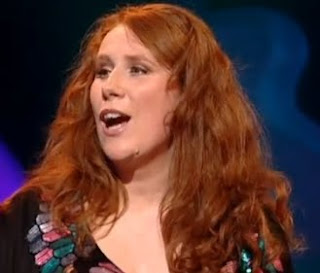 Then there was Catherine "I know nothing about... what is it? Sci fi?" Tate! She always makes sure you get your money's worth, but tonight she was on tip top form! She really IS like that! All guffawing and getting stuff wrong! Brilliant! We got to see a Dalek, an Ood, the TARDIS... The show was packed with laughs, references, it was lovely!

I don't think I will ever shake the image of Cribbins "beatboxing" Muse from my mind - and rightly so! And does anyone else think he should take up Noel Fielding's offer to write for the Boosh? I think he'd make an awesome Grampa Noir, The Modfather. (that idea © Gareth Bundy 2009, just in case lol). THIS may not have been as funny to non-Whovians, but all the folk I watched with (via Twitter) LOVED it. And so, because they are lovely people all, I shall reproduce some of their reaction Tweets below! They are all awesome people so you should follow them all if you use Twitter yourself. Just search their Twitter user name in their by-line here.

*fists* Barrowman.... [via @EJG]
*Barrowman* Buzzcocks is Brillo pads :) [via @GlitteryKezzy]
Why is this only on for half an hour? This special is pure gold! #buzzcocks [via @charlottexoxo]
Whatever Catherine Tate's on, I want some. [via @The_Arn]
This is THE best #NeverMindTheBuzzcocks EVER! /END! /DONE! /FINISHED! [via @Mardavemad]
A singing Ood on Buzzcocks. Never thought I'd see that. [via @thisstage]
That Tate woman gives us gingers a bad name. [via @pricetom]
Dr Who Buzzcocks is actually brilliant and not embarrassing. Cribbins and Tate are truly wonderful. I ache! [via @claytonhickman]
amazing Buzzcocks! CT is hilarious and DT is a natural 5 stars [via @Aquarius82]
And BC sang Right said Fred...awww. [via @dragonmyst]

They also showed a great TV trailer for The End Of Time straight after it, I've stuck that in, below. And now I'm going to watch St Trinian's and fall asleep. Thanks for reading. Don't have nightmares. I love you all x