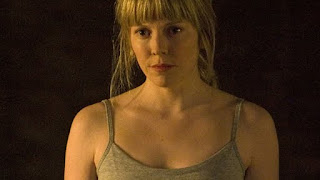 Okay, we all watched it. And if you didn't then what the fuck are you doing here? It's already on iPlayer! GO, NOW!

Good boy/girl. Now, let's geek out. What we got here was nothing short of a (flawed) masterpiece. Take one urban cult, one megalomaniac Time Lord (dead), one vengeful ex wife, one "magic potion", one "magic anti-potion" and a whole lot of mystical foreshadowing and you get only the first ten minutes of The End Of Time, Part One. If you're not an avid WHO fan this may not be for you. Despite the attempts at filling in the back story you really have to CARE about these characters. You need to UNDERSTAND the situation they find themselves in. For example, no explanation is given as to why the Doctor is so important to Wilf. In fact, this was a brave choice of episode to show on Christmas Day! 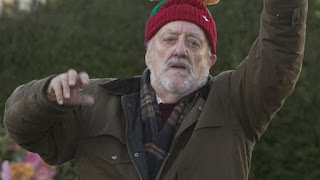 In a strange way, to me, this felt a little like a Doctor Lite episode. Although he wasn't absent like he was in Blink or Love & Monsters he appeared less than Simm did as the Master. In fact, it seemed that this half of The End Of Time was Simm's, ending in true arrogant Master stylee with the creation of The Master Race, literally. 7 billion human beings genetically changed to resemble the Master in body and mind! But that was only one of many special Christmas gifts that Uncle Russ had for us. Like all "Russel T Davies special occasion episodes" The End Of Time, Part One has mountains to offer. Vinvocci, the Immortality Gate, the Master, Joshua Naismith and his daughter, Prophecies, mysterious women, Donna Noble, "The Silver Cloak", Wastelands, the list goes on and on... This was a FULL episode! Only this time, unlike Journey's End, it all seemed to just kind of fit. 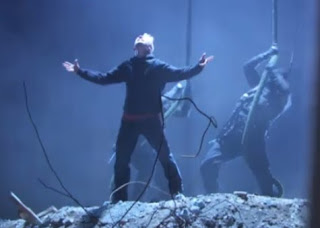 Okay, some of the puzzle pieces were not really needed. I think you could have left out the Vinvocci and their covert hunt for the Gate stolen from one of their crashed ships. I actually believe that the entire Naismith side story could be omitted altogether, just let the Master get the Gate himself somehow. But I have a feeling that some sense may be made of it later in the serial. And the whole Master Race reveal, however silly it seems when you say it out loud, is brilliant. Truly inspired (even if it kinda is inspired by The Matrix Reloaded). When you have a villain as bonkers as the Master - and BONKERS is the word for this - you must have a huge plan to roll out along with it. And let's face it, what could possibly be bigger than turning everyone in the entire world into you? A whole world of Simm!Masters playing about is a Who-Shipper's wet dream... And Rusty has done it. On screen. For real. It. Is. Canon. Now. End. Of. But, silly it was. In a great, great way. The episode was a perfect balance of humour, foreboding, threat, mystery and pure story, hurtling along at breakneck speed. The word I have been using to describe this story so far is Space Age Fairytale. It has a narrator for Christ's sake! 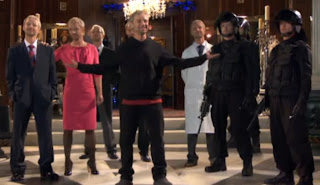 But this is Russel T Davies after all... And this is "New Who", as it is known. This ain't no ordinary narrator, dawg! This is the goddamn Lord President of the Time Lords. And he ain't talkin' to you beeyatch! He's addressing a panopticon FULL of Time Lords, dressed in ceremonial garb. Collars and all. And as the Ood Elder said; "They are returning". Now, a preview clip for The End Of Time, Part Two has been posted here (just click on "exclusive clip" to watch it, but watch it at your peril. Never has there been such a spoilery preview). I'm going to be talking about that in a separate post later this week, but it makes me wonder how many story threads they want have dangling out of the arse of this fantastical beast! Also, where are the scenes with Verity Newman and The Journal Of Impossible Things? Where are the scenes with Jack and Midshipman Frame? Or that one where the Doctor saves Luke from getting hit by a car?! TIME LORDS AND ALL THIS? How the hell am I meant to take all that in? And more importantly, how am I meant to blog about it?! 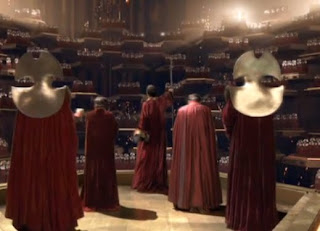 I'm trying hard to think of a way to end this post. How can I put across how much I enjoyed this episode without bursting? Okay, let's try this...

I love Doctor Who. I have many, many favourite scenes and episodes. But, without need for question or thought, the scene in the cafe where the Doctor and Wilf discuss "grown up stuff" and share a manly cry is DEFINITELY the best. I cried twice during this episode. Once when the above scene happened; seeing your heroes reduced to tears has that same effect on you. It's happened before with the Doctor crying in 42 and Last Of The Time Lords. It's happened with Jack Bauer crying on 24. It happened tonight, deal with it. I also got moves to tears when the huge Time Lord reveal happened in the closing seconds. When a television programme can do this to you, then you know it's done it's job. When you can laugh with tears of sadness in your eye, wow. It's too good for words. But the ones I will use here are "incredibly moving and a complete edge-of-your-seat experience. Five stars."

Don't miss the concluding episode of David Tennant's reign as The Tenth Doctor, 6.40pm on New Year's Day, BBC1. If you do I'll never speak to you again.
Posted by Gareth Bundy