The Many Faces Of The Master 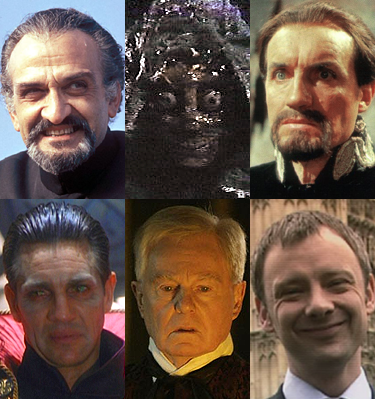 Gallifrey. Before 1963 (or whatever). Another Gallifreyan attends the Time Lord Academy with the Doctor.

Once friends, now mortal enemies - but with a lasting, grudging respect for each other. The Master took a vastly differing path than that of the Doctor. Heading out into the universe, not to save worlds, but to conquer them. Running from his own people the Master's main goal in life(s) is to never die. Onscreen, the Master has always been suave and cunning and charming. He always has a plan, always has a secret. And, until recently, he always had a sinister goatee beard. One of the Doctor's most successful and best loved adversaries made his first appearance in Terror Of The Autons in January 1971. Playing the 'Moriarty' to the Doctor's Holmes, the Master was immediately effective and incredibly well matched with the Doctor. Played with oozing smarm and sizzling malice by Roger Delgado, the Master was behind most of the troubles faced by Third Doctor Jon Pertwee. Delgado held the role until his tragic death in 1973. At this stage the popularity he'd gained was massive. With no actor to play the role the production team decided to rest the character... 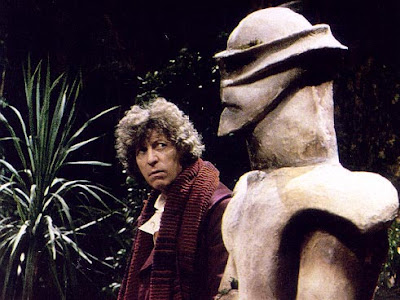 The Master returned in the Fourth Doctor story The Deadly Assassin in 1976. Skulking in the shadows below the Gallifreyan Citadel, nearing the end of his last regeneration, the emaciated form of the Master was nothing like his usually suited and preened self! Decaying and shrouded in a dark cloak it was the turn of Peter Pratt to make the Master sinister and threatening. Directing an assassination from the wings the Master cut a pretty scary figure, far more desperate than we've ever seen him before! Alas, he escapes once again (of COURSE he does) although he doesn't manage to gain the extra life he so fervently sought! And we got to see this ghostly Master once again, hiding inside his TARDIS (disguised as an evil, but stationary, statue) in The Keeper Of Traken, again against Tom Baker's Fourth Doctor, but this time played by Geoffrey Beevers. This time, however, he succeeded in gaining some sort of life by taking over the body of Trakenite Tremas (father of companion Nyssa). This led to the second wave of Master plots, this time with Anthony Ainley in the black velvet. And he was to play the role until the shows cancellation in 1989. More pantomime villain than any of his predecessors, Ainley was still magnificently successful and became THE Master to many of Who's younger fans, as Tom Baker had become THE Doctor.

But, as I mentioned, Doctor Who was cancelled and the Master was not to be seen again until the 1996 TV Movie, where he was played (somewhat uncharacteristically) by Eric Roberts, with an American accent! Yet again, the result of the battle with the Doctor was defeat, this time final. And then, during the Time War that took part before the 2005 series the Time Lords resurrected the Master, thinking he would be "the ultimate soldier". However, the cowardly Master ran. Hiding himself in human form (the form of Sir Derek Jacobi to be precise) at the very end of the universe, it was just his bloody luck to run into the Doctor one more time. Killed by his assistant, the Malmooth Chantho ("...an insect. A girl!") he was able (thanks to the Time Lords) to regenerate again, this time into John Simm! 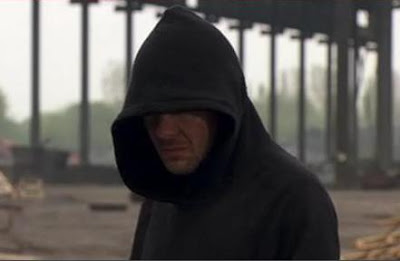 Younger, louder and far more "in touch" than any of his previous incarnations, the Master stole the Doctor's TARDIS, travelled to the Twenty First century and became Prime Minister of Great Britain. Using his power to summon an alien race and take over the world, he had is largest success to date, controlling the planet for a whole year before a plan hatched between Martha and the Doctor toppled his evil dreams once again. On capture, with nowhere too go, he was shot by his "wife" Lucy Saxon, and refused to regenerate, dying in the Doctor's arms. His body was cremated on a pyre and his story came to an end for good. NOT! Somebody has his ring, picked from his ashes. And we have already been told that he will return this Christmas.

Gone are the suits and style of previous regenerations, replaced instead with bleached hair, stubble and a black hoodie. His plans are set to turn the world on it's head. But, unfortunately, that is all we know. Whatever happens, Christmas is going to be AMAZING! Not long to wait now, keep following the countdown above.

And while you're doing that, why not take a look at this marvelous video, created by the one and only Amy Genders (@kolosigma/8Bulletproof8)