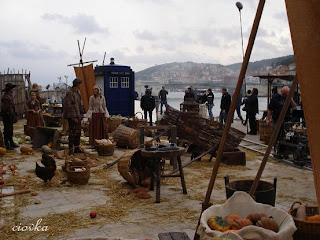 Never let it be said that Doctor Who fans are lazy and don't go to extreme lengths for their spoilers! When the cast and crew of Doctor Who headed to Croatia to film the latest Pseudo-historical story, featuring Van Gogh and a "yellow alien", I don't think any of us would have been disappointed if we didn't get to see any filming. Nobody complains when there filming happens in places that are unaccessable. Nobdody moans when we simply don't know where filming is happening. And nobody can be expected to go all the way to another country to (hopefully) catch a climpse of the team at work. 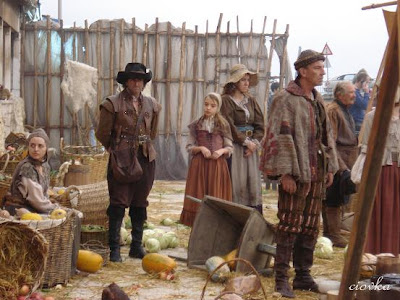 But, as you can see, luckily for us, some Doctor Who fans are basically the geek equivolent of Solid Snake. Like a nerdy Ray Mears (with less visable scrotum) fans have sought out the picturesque setting for what looks to be series 5's most ambitious shoot yet. As the photographs (stolen, with love, from this website, scroll down the page, they have more pics than I do here...) show, a large scale shoot, with scenes reminiscent of The Shakespeare Code - only better looking in my opinion - was undertaken. 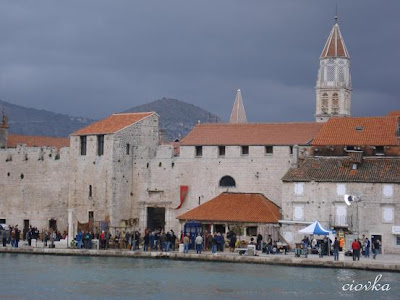 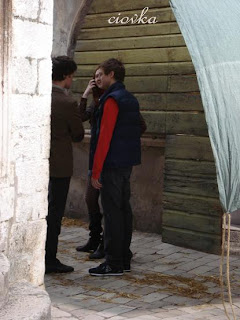 And, by the looks of things, Arthur Darvill's "Rory" seems to have hitched a ride into the past with the Doctor and Amy, adding to the theory that he is the second companion to travel with Matt Smith's Time Lord. Series 5 is shaping up nicely now. We know a fair bit about a good few of the episodes despite Steven Moffat's apparent "War On Spoilers". These photos are an astounding 'Fans 1 - 0 Moffat' I'm not sure, though, just how Amy's lovely fishnet tights and boots will go down with the locals! I guess we'll just have to wait to find out! The bad news is (and I never thought I'd say THIS) we have to wait for that Tennant chap to get out of the picture first!