"State your name, rank and intention!" 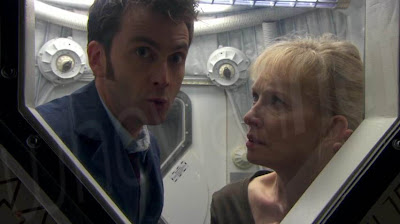 So, it has been confirmed by Mr. Tennant himself (on GMTV of all places!) that Waters of Mars will be shown on British screens on Sunday 15th November at 7.00pm. Word has it that those overseas will get to see it on 19th December on BBC America.

And judging by early reviews following the screening on 30th October, it's going to be great! It's been described as 'classic Doctor Who' and promises have been made that the Tenth Doctor's last few hours on TV will be the most intense yet. I cannot wait!
Posted by Gareth Bundy